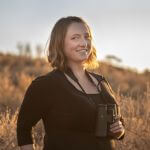 Recently, there are reports of an outbreak of a Highly Pathogenic Avian Influenza virus [HPAI A(H5N1)] in commercial poultry and backyard flocks following its identification in wild birds earlier this year. The threat to the general public is considered to be low by the Centers for Disease Control and Prevention (CDC). Here, I will discuss 1) what bird flu is and how it is spread, 2) the circumstances of this particular outbreak, and 3) how we can educate wild bird feeding enthusiasts on how to stay safe, even though the risk to the general public is low.

What is bird flu and how does it spread?

“Bird flu” is a colloquial name of a group of influenza viruses that primarily infect birds. Within birds, avian influenza viruses generally attack the gastrointestinal and respiratory tracts and have been found in more than 100 wild bird species across the globe. These host bird species, considered “reservoirs” for potential poultry and human infections, are primarily waterfowl (ducks, geese, and swans) but are also other aquatic species (gulls and shorebirds). This virus is spread between birds through their saliva, nasal secretions, and feces.

Some of these virus strains are more pathogenic (disease-causing) than others. Most avian influenza strains that are found in wild birds are considered to be “low pathogenic” and cause mild symptoms (or be asymptomatic) in wild birds and commercial poultry. Highly pathogenic strains of avian influenza cause severe disease and death in infected birds. To be clear, these “high” and “low” pathogenic categories refer to symptoms in birds instead of the likelihood that a strain could infect humans.

Not all avian influenza strains that circulate in birds can infect humans. The rare cases of human infections are generally tied to those with very close contact with birds, specifically interacting with an infected bird’s saliva, nasal secretions, or poop. In cases of human infections, there are rare human-to-human cases of transmission but these have not been sustained to infect many people. The relative inability of these viruses to spread between people (unlike COVID-19) contributes to a very limited risk of infection to the general public.

What are the circumstances of this particular outbreak?

On January 14th, 2022, the CDC announced that an American Wigeon (Mareca americana) in South Carolina had an HPAI H5N1 virus infection, marking the first case of this virus in the United States since 2016. This particular virus has been circulating in Africa and Asia since its discovery in 1996 in China and can infect humans. It has caused 864 human infections and 456 deaths across 18 countries since 2003 (mostly in Southeast Asia prior to 2015). However, the risk to the general public is low because 1) human infections are rare, 2) human-to-human transmission is limited. Here are some quick and important facts about this outbreak:

- There has only been one identified human infection of HPAI H5N1 in North America, stemming from a Canadian who traveled to China in 2014 with a mild infection.

- Earlier this year, a British man who keeps backyard poultry was identified as having a H5N1 infection.

- There have not been any reports of people in the United States with this virus. Outside of the US, most cases of HPAI H5N1 have been linked to people with close contact with infected poultry. Person-to-person transmission has occurred but is rare and very limited.

- As of 18 February, there have been 247 identified cases of an HPAI H5 infection in wild birds. These are in waterfowl species, specifically: Green-winged Teal, American Wigeon, Blue-winged Teal, Gadwall, Mallard, and Northern Shoveler.

- Wild birds identified with an HPAI H5 infection have been from nine states: Delaware, North Carolina, Virginia, Georgia, South Carolina, Florida, Maryland, Connecticut, and New Hampshire. You can search the species and localities of cases of this outbreak using USDA APHIS database here.

- As wild birds are reservoirs of disease for poultry farms, the US Department of Agriculture (USDA) Animal and Plant Health Inspection Service (APHIS) is increasing surveillance for this virus within poultry farms and wild bird populations. As of 18 February, there are four poultry farms in Indiana (2), Virginia (1), and Kentucky (1) that have reported HPAI H5 infections this year.

How can we educate bird-feeding enthusiasts about this outbreak?

Though there are cases of HPAI H5N1 in wild birds, we should be calmed by the extreme rarity of cases within humans. Those most at risk of contracting this virus are those with close connections to commercial poultry farms (which have their own protocols to limit the spread within their flocks and between their own workers) or people who have their own backyard poultry.

Transmission from wild birds that visit backyard feeders to the humans that feed them are extremely low. Regardless of disease outbreaks, backyard bird feeding enthusiasts should always wash their hands after coming in contact with their bird feeders and clean surfaces wild birds touch (feeders, baths, preferred perches) regularly.

Again, it is important to note that avian influenza circulates naturally within wild bird populations. The threat of this particular virus to the public is low, though rare human cases should be taken seriously. We can take common-sense steps in our own lives to limit our (very low) risk to this virus.

WBFI has information to help consumers learn how to keep their bird feeders clean here.